Big Homes Had Fallen Out of Favor – Then came Corona 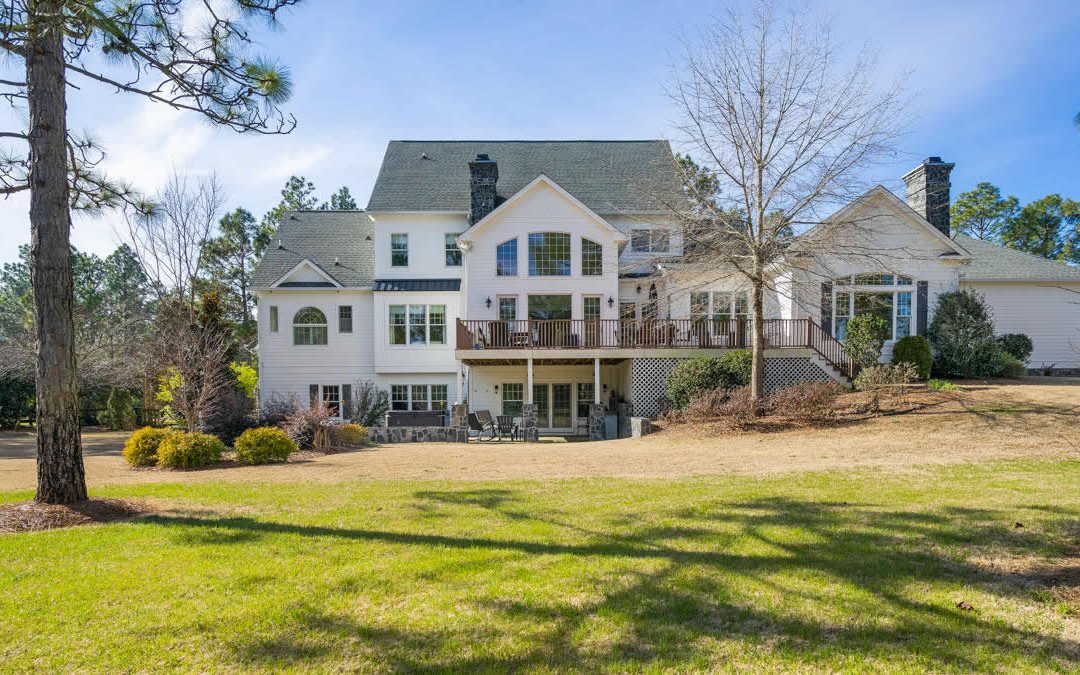 Millions of Americans were confined to their homes with their families – all the time. With kids interrupting Zoom meetings with the boss, bedrooms pulling triple duty as offices and fitness centers, and dining rooms. Some repurposed as online schools, itty-bitty living spaces no longer seemed to work.

If you want to know more about Southern Pines NC Real Estate, let us know. →

Instead, COVID-19 has made those boring big homes with large backyards hot again. As folks are seeking enough space to accommodate being home around the clock, say real estate experts. An extra 300 square feet for a dedicated home office never sounded so good. So, are we looking at the return of the McMansion?

“The pandemic has been long enough and deep enough that it might bring a change in collective thinking toward bigger homes,” says Sonia Hirt. She is an urban planning and landscape architecture professor at the University of Georgia in Athens. “The suburban home that was so stereotypical and boring suddenly proved itself to have benefits we’ve completely forgotten about.”

The COVID-19 crisis has certainly led some city residents with means to trade their cramped apartments and condos for single-family homes in the burbs. But the virus isn’t the only factor at play. Record-low mortgage rates are also allowing buyers to afford more home for their budgets.

Before the public health crisis, the median size of an existing (previously lived in) home purchased was 2,060 square feet. This according to the National Association of Realtors® 2020 Home Buyers and Sellers Generational Trends Report. Newly built single-family homes had a median 2,291 square feet in the first quarter of 2020. Also according to the National Association of Home Builders.

The pandemic is likely to boost those footprints, real estate experts say. After being cooped up for months, buyers and homeowners want to “tack 500 to 1,000 square feet on top of” their previous goal, says Chris Brown. A principal architect at b Architecture Studio in Winchester, MA, outside of Boston.

Americans are seeking more space – but not McMansions

Americans may want more space, but that doesn’t mean the 5,000-square-foot McMansions of the 1980s and 1990s are back. Many folks don’t want to deal with the sticker price—or the upkeep.

Folks are also finding ways to repurpose the homes they already have, says Brown. An unfinished basement can become a fitness center, an attic could be transformed into a bedroom or play space with the addition of skylights and windows. Homeowners are also building additions, like offices.

Families may also need more space to accommodate adult relatives moving in because of the pandemic.

Many college students and 20-somethings are returning to the nest as colleges have closed and entry-level jobs have dried up. Meanwhile, many folks have pulled their vulnerable parents out of nursing homes or assisted-living facilities, which have been ravaged by COVID-19. All of those extra people need places to sleep.

It happened during the Great Recession, when the number of multigenerational households swelled by more than 10% from 2007 to 2011, according to a 2011 survey from Generations United.

Whether larger homes are just a passing fad or here to stay may depend on the length of the pandemic. When a vaccine is found and folks can go out and about again, these bigger homes may fall back out of favor. But if the crisis drags on for years, the change in housing preference could be more permanent.

For More Question about this topic Please Contact us →

Thanks to Realtor.com for this great article https://www.realtor.com/news/trends/bigger-homes-pandemic
Clare Trapasso is the senior news editor of realtor.com and an adjunct journalism professor at the College of Mount Saint VIncent. She previously wrote for a Financial Times publication, the New York Daily News, and the Associated Press. She is also a licensed real estate agent. Contact her at clare.trapasso@realtor.com.